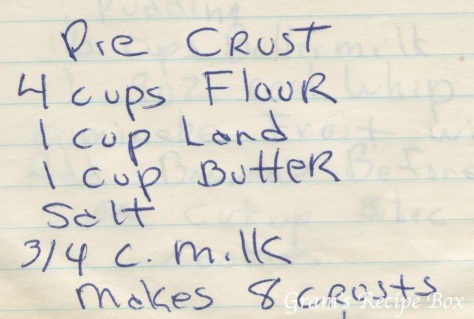 I have admitted in the past that me and the rolling pin are not good friends. I either wind up with the dough wrapped around the pin or so much flour the dough dries out. It’s frustrating and I’m not the type to throw away ruined dough and start over just so I can get it right. I hate to be wasteful like that! So, I get my pie crust from Pillsbury. :-) However if you are inclined, this recipe looks rather simple. The lard probably makes this crust really light and flakey!