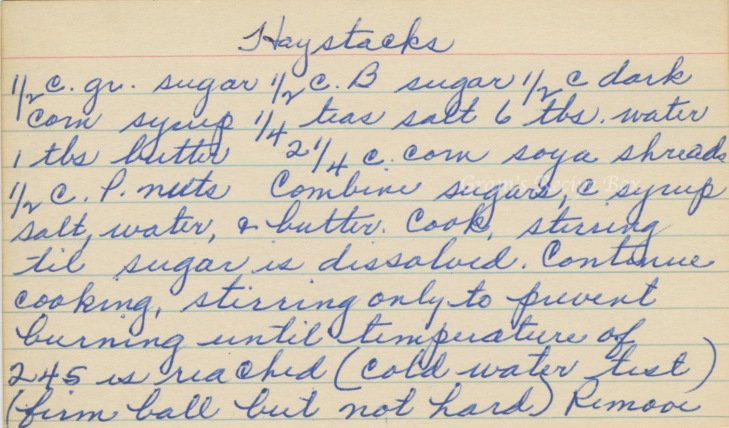 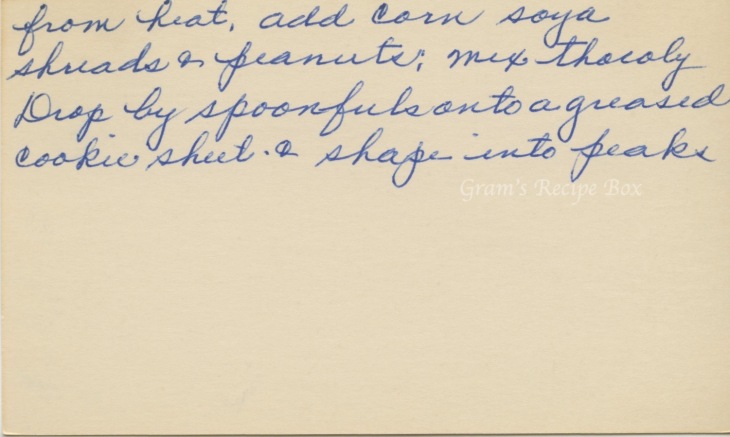 This recipe for Haystacks had me turning to the internet for more information. The mystery: what exactly is corn soya? As it turns out, corn soya was one version of “fameal” a wheat/soy or corn/soy blend mixed together for a nutritious (?) base product that can be made into other things such as bread, and distributed as part of hunger aid programs around the world. It came into use in 1949 in food-aide programs under the US Agriculture Act of 1949. The mixture can be made into porridge, used to replace flour in bread recipes, dumplings and cookies.

The Kellogg’s company thought corn soya would make a great breakfast cereal, so in the 1950s, they used this base product to make a stick-like cereal. Picture the fried won ton sticks you get at a Chinese restaurant and it might have been similar to that. Online commenters who ate Corn Soya Shreds during the 1950s say it was sweet and delicious. I have seen other recipes for Haystacks using chow mien noodles, but keep in mind they would not be sweet like the original corn soya cereal.

One thought on “Haystacks”